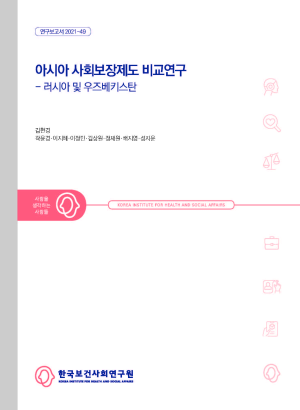 1. Background and purpose of the study

The principle of socialist social welfare policy is that when the privatization of the means of production is abolished and the allocation of all resources is placed under the control of the state, social services are provided universally and inclusively. In the socialist system, as the principle is guaranteed by the state, the beneficiary basically does not bear any cash withdrawals and the funds are covered by the state budget.
Under the new system in 1918, workers were compensated for temporary loss of income due to illness, pregnancy and childbirth. Under the legal basis of Article 176 of the Labor Law enacted in 1922, benefits such as temporary disability (disease, injury, pregnancy, childbirth, nursing care for sick family members) and related child care are provided. In the 1920s, the socialized medical system was gradually developed and in 1936, according to the constitution, free medical care was officially guaranteed to all Soviet citizens.
Public assistance of Russia has mainly developed around the function of guaranteeing in-kind benefits to people of national merit. Hence the coverage for the poor was low. The pension system is being reformed with the goal of stabilizing pension finances as a multi-layered retirement income security system. Although the medical insurance system is operated as a compulsory medical insurance system, the services are universal for all citizens. Unemployment security is weak. The gap between actual unemployment and official unemployment in the labor market is large and the level of pay is low. All the social insurance systems face the challenge of the financial constrains and resolving an opaque tax system.
Uzbekistan's social security system also pursues universality following the tradition of the former Soviet Union, and consists of social insurance and tax-based public assistance. Medical care is universally provided free of charge, but the financial burden on the government is high. Unemployment insurance has a weak role with 1% coverage, but labor market programs are expanding. In Uzbekistan, since more than half of workers are informal, social protection is difficult. Various ministries are in charge of delivery, so it is difficult to integrate and link between policies. It is unique that Mahalla is characterized by the unofficial community performing functions such as beneficiary selection and payment.
The Russian health sector has bright prospects for cooperation in establishing a telemedicine system and improving the quality of medical personnel. Uzbekistan is in need of cooperation with Korea in terms of financing and governance arrangements for the operation of the national health insurance fund. In addition, there is a demand for health and medical information infrastructure construction, ICT manpower, and computing equipment. Both Russia and Uzbekistan have the task of preparing a national tax administrative infrastructure and information system for selecting and managing social security beneficiaries and identifying income, so cooperation is required.