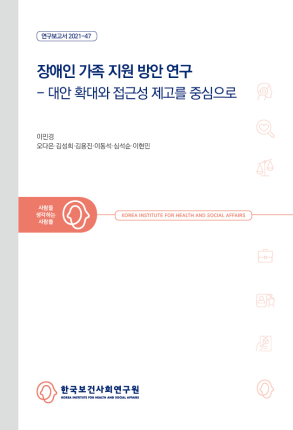 A study on the policy for the families caring for people with disabilities : Based on the expansion of public support and improving accessibility