This article is a copyrighted material of the Korea Times. 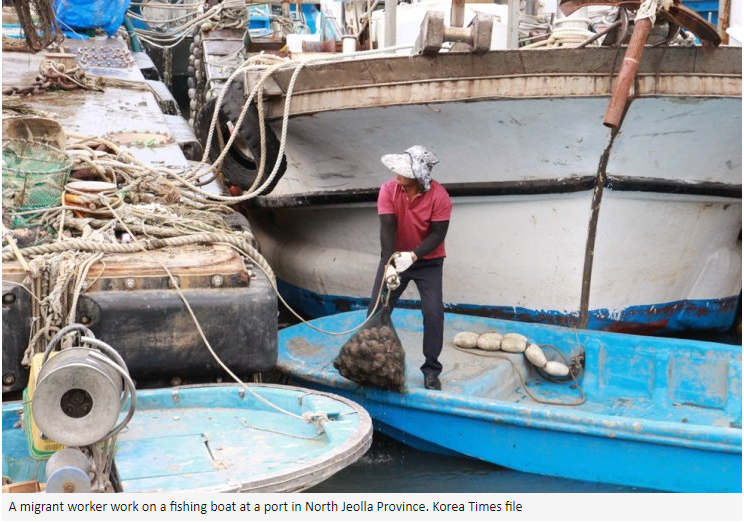 A study by the Korea Institute for Health and Social Affairs (KIHASA) found that foreign laborers holding one of three categories of visa ― E9 (non-professional employment visa), H2 (working visit visa) and F4 (overseas Korean visa) ― work 50 hours per week on average. The report was based on interviews with 1,427 migrant workers.

The Labor Standards Act stipulates that employers must ensure employees work no more than an average of 52 hours a week for up to six months.

Foreign workers' wage satisfaction stood at 3.15 on a scale of 1 to 5. In addition, 40.3 percent of the respondents said they did not sign an employment contract.